Interview: Head of international standardisation and IP management, DT, UK: “competing with OTT is not the goal of Deutsche Telekom.” 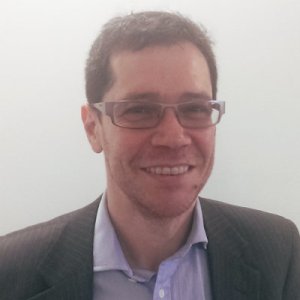 Michele Zarri, head of international standardisation and IP management, Deutsche Telekom, UK, is speaking on VoLTE vs OTT Voice on Day Two of the LTE World Summit, taking place on the 24th-26th June 2013, at the Amsterdam RAI, Netherlands. Speaking ahead of the show, Zarri explains why he feels the operator provided voice services will still offer benefits to consumers over OTT VoIP applications.

What is your timeline for VoLTE and what benefits will it bring?

Early versions of VoLTE have already been launched in some markets such as Korea and Hong Kong. Operators are currently focussing on deploying LTE, but deployment of IMS platforms, accelerated by the desire to launch Joyn, is taking place simultaneously. Additionally, given the availability of devices compliant to the GSMA’s IR.92 standard, expected during the course of 2013, there is no technical impediment to launching VoLTE. As a consequence I expect to see commercial services rolled out by the end of this year (2013) in most developed markets with international roaming launched within two years after that.

From an operator point of view, the main benefit of VoLTE is being able to provide the voice service natively over the packet switched access, while avoiding disruption to back-office processes. This removes the last constraint justifying the running of circuit-switched networks; therefore achieving the objective of moving fully to the more efficient packet-switched access.

What appeal will VoLTE have to consumers over and above their favourite OTT apps?

Today customers are already replacing the mobile operators offered voice service with their favourite OTT application. The reasons why OTT apps have not been adopted in large scale therefore is not the availability of broadband mobile access, but due rather to the benefits offered by operator-supplied voice. Such advantages will not be lost in the migration to VoLTE. What I am thinking of is reach (call and be called by anyone), security (a trusted relationship with the operator and strong encryption), privacy (user data is safe with an operator), familiar interface (voice client is natively integrated in the handset), seamless user experience (use of phone numbers, set of supplementary services), predictability (well-known charging scheme) and, last but not least, quality, as the network is configured to prioritise voice traffic over other types of traffic.

The LTE World Summit, the premier 4G event for the telecoms industry, is taking place on the 24th-26th June 2013, at the Amsterdam RAI, Netherlands. Click here to download a brochure for the event.

Calls between two VoLTE users will use the HD voice codec, resulting in a far superior experience. In fact HD Voice is already available over 3G networks, therefore in time the vast majority of the mobile to mobile calls will enjoy the benefits of such a codec. Fast forwarding a few years, as IMS allows the device of the caller and of the called party to negotiate the codec used, it is imaginable that new and more powerful codecs will be introduced and used for Voice over IMS calls.

Why was VoLTE not baked into LTE from initial launch of the technology?

The goal of 3GPP when developing LTE was primarily to create a radio technology that could meet the IMT‑advanced requirements issued by ITU, therefore the service layer was not in focus. Furthermore, in 2008, when the LTE specifications were released, IMS was already a three-year old technology and earmarked as the means to create voice services over a packet switched access. In fact, you will notice that no service except connectivity was, to use your expression, baked into LTE, though the low-latency target and support for guaranteed bit-rate were evidently tailored for the support of voice and other multimedia services.

Is any kind of VoLTE launch practical without SRVCC widely implemented?  (In a network without SRVCC implemented, please explain what happens when a VoLTE call is made to a handset that goes out of LTE coverage?)

Indeed SRVCC will be important functionality in the early days of VoLTE due to the expected patchy LTE coverage. However, when operators start rolling out voice over HSPA, which has also been profiled in GSMA, the occurrence of SRVCC events will become much less frequent, since the far more efficient packet switched handover will be used instead to move from LTE to 3G. Other positive aspects are that field tests by Deutsche Telekom have shown that the predicted long interruption of the service in case of SRVCC have been overestimated.

As a VoLTE call would fail when the handset goes out of coverage, operators are unlikely to deploy VoLTE until SRVCC is available and will instead rely on CS Fallback, whereby the handset moves to a legacy access technology prior setting up a call.

Do you believe that RCS services can genuinely help the industry compete with OTT?

Contrary to this widespread misconception, competing with OTT is not the goal of Deutsche Telekom. Arrogant as it may sound, Deutsche Telekom will not lower its standards to those of some of the OTT offers currently available to consumers. The goal of RCSe is instead to offer an integrated and secure service for which there is demand in the market, adding all the benefits described above for VoLTE as well as other specific ones. RCS will also show that even traditional mobile operators can offer innovative services. For example, Joyn is a product based on the RCS-e standard and provided by the mobile operator community. The next version of RCS will be fully supported by IMS, bringing additional benefits for the consumer.