Interview: Senior manager, Packet One, Malaysia: “For P1, LTE is critical… to capture the high growth segment of smartphone and tablet users.” 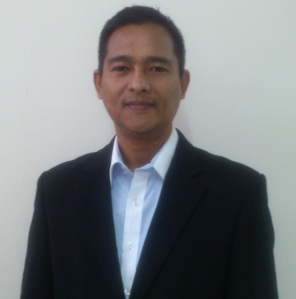 Mariappan Chanachayai, senior manager, Packet One, Malaysia is speaking in the LTE Evolution track on Day One of the LTE Asia conference is taking place on the 18th-19th September 2013 at the Suntec, Singapore.  Ahead of the show we speak to him about how the transition to LTE is progressing for P1 and learn his thoughts in monetisation, Joyn, VoLTE and LTE handsets.

What have been the main developments and major milestones for you over the last 12 months with regards to LTE?

P1 was awarded 20MHz on the 2.6GHz spectrum band to roll out TD-LTE in December 2012. We have issued a request for proposal (RFP) and are in the process of selecting a vendor. As P1’s WiMAX platform on the 2.3GHz band is hardware and software upgradeable to offer TD-LTE it is important for us to ensure our TD-LTE network carries new features and has a higher capability system.  P1 has been active since 2011 to trial and showcase the technology and has showcased ease of transitioning between WiMAX and TDD LTE alongside ZTE Corporation. The demonstration, performed on the 2.3GHz spectrum, achieved 130Mbps on a 20MHz band during the peak downlink throughput in a cell.

How much of a challenge do you feel monetising LTE will be?

3G technology took almost 7-10 years for operators to monetise their investment with growing demand for mobile broadband, and the availability of affordable devices happened only in the recent few years.

With LTE, it should be a shorter cycle for a few reasons. Firstly, the demand is already here as the technology provides for high-speed and interactive applications with low latency including M2M services in vertical markets. It also offers high spectral efficiency and hence lower cost per bits. Secondly, the LTE ecosystem will build out at a much faster rate with global and giant telcos such as Bharti Airtel and China Mobile backing the technology. Lastly, most operators are not deploying pure LTE networks but are instead deploying LTE on top of their existing 2G and 3G networks. Therefore, monetising LTE is not a standalone issue and is very much dependent on the operators’ business models.

As for P1, LTE is critical for our technology evolution to support fixed and full mobility services and to capture the high growth segment of smartphone and tablet users. It will also level the playing field for us to compete against major telcos in Malaysia. However, timing the commercial launch is paramount and a major decision for us. As part of our consideration, we will want to maximise our return on investment for our WiMAX network in parallel to our efforts to transform into a next generation network. P1 has a solid proposition in offering affordable and value-for-money services and hence, we will hold off a big-scale commercial launch until we see economies of scale.

The LTE Asia conference is taking place on the 18th-19th September 2013 at the Suntec, Singapore. Click here to download a brochure for the event.

Tell me about the fresh challenges that LTE brings with regard to backhaul?

LTE requires higher capacity requirement for backhaul, up to 200Mbps for access links. Many operators are considering fibre as backhaul in metro urban sites due to the high capacity requirement. Furthermore, QoS implementations for end-to-end IP-based networks require an IP transmission backhaul network to support QoS functions such as DSCP mapping. That being said, P1’s nationwide WiMAX network is also a high capacity IP network and has similar backhaul requirements giving us some advantages in deploying TD- LTE.

Can initiatives such as RCS Joyn enable carriers to overcome the OTT threat?

It surely is one defence measure but momentum will be slow until all devices are Joyn enabled and the majority of operators are willing to get on board. Alternatively, operators on their own could offer branded applications to drive up revenue and brand stickiness by bundling these services with better service quality and experience. There are also mutual benefits for both OTT providers and operators to collaborate. It is a choice for operators with many factors to be considered.

Are you eager to implement VoLTE?

Not at the early stage but we will definitely implement VoLTE when there are more devices supporting the market later. It is more commercially and technically viable to start with CSFB for mobile voice application.

Where is LTE Advanced on your roadmap? Will you be implementing it all at once or gradually introducing key features?

Even if we would like to implement Rel. 10 LTE Advanced from day one, the technology is not mature and commercially available. Most vendors are only offering Rel. 8/9 features commercially now with few features on Rel. 10. We will implement gradually in accordance with network demand in a commercial environment. We intend to implement some of SON features in the early stage and move on to implement carrier aggregation between 2.3GHz and 2.6GHz spectrums for better service performance and experience in the future. From that aspect, operators deploying or upgrading their network platform should ensure the new platform will be able to support smooth upgrades to LTE-Advanced.

There are still some concerns over the performance of the latest handsets with regard to LTE in terms of battery life and call quality. What’s your view?

It is to be expected in the early stage of LTE’s device and network ecosystem build-out. Handset makers and operators will continue to improve on these issues. Hence, for many reasons there is validity in being aggressive only when the time is right. And this is coming from the first-to-market WiMAX player in the region.

Why is attending the LTE Asia conference such an important date in your diary?

LTE is critical for P1’s long-term vision to be a top-notch fixed and full mobility service provider. Through the event, I can bring back technology know-how and gain insights from other operators, key industry players and system vendors on LTE’s progress, challenges and opportunities first hand. In addition, I look forward to networking with industry peers and participating in the knowledge exchange that this platform encourages.

Interview: “Sales and marketing director for Samsung Networks Europe:“The ‘Best LTE RAN Product’ award is a very prestigious and is a testimony to our innovation success.”

Comments on: "Interview: Senior manager, Packet One, Malaysia: “For P1, LTE is critical… to capture the high growth segment of smartphone and tablet users.”" (1)